Welcome to the KC’s Best Chapter of the Brewery Collectibles Club of America. We are part of a network of more than 100 BCCA chapters world wide. We serve the western Missouri and Eastern Kansas areas with a membership of 75.

The KC’s Best Chapter was formed in 1974 and is comprised of members who like “Breweriana” collecting (beer cans, beer bottles, beer signs, openers, and anything else “Beer”. We also sponsor two local craft breweries through the Brewing Industry Partners membership program in the BCCA.

The KC’s Best Chapter co-hosts three regional shows each year. One in Salina, KS and two in Osage Beach. In addition, many chapter members attend the national BCCA CANvention typically held in August or September each year. The chapter also holds informal gatherings at various local craft breweries and conducts “brewpubbing” events several times a year. Plus, informal member collection tours, and occasional brewery private tours are held. Chapter members and their families are invited to attend all our events.

Annual dues are $5, which includes a quarterly newsletter, The Best of KC’s Best, filled with breweriana collecting editorial, events and an up-to-date list of the KC area craft breweries and their latest brews.

If you love beer, breweriana collecting and enjoy the camaraderie of sharing the hobby with other collectors, you will love being a member of our chapter.

Check back to our website regularly for updates on events and news.

Featured Brewery of the Month 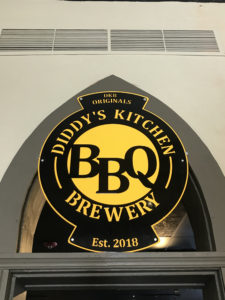